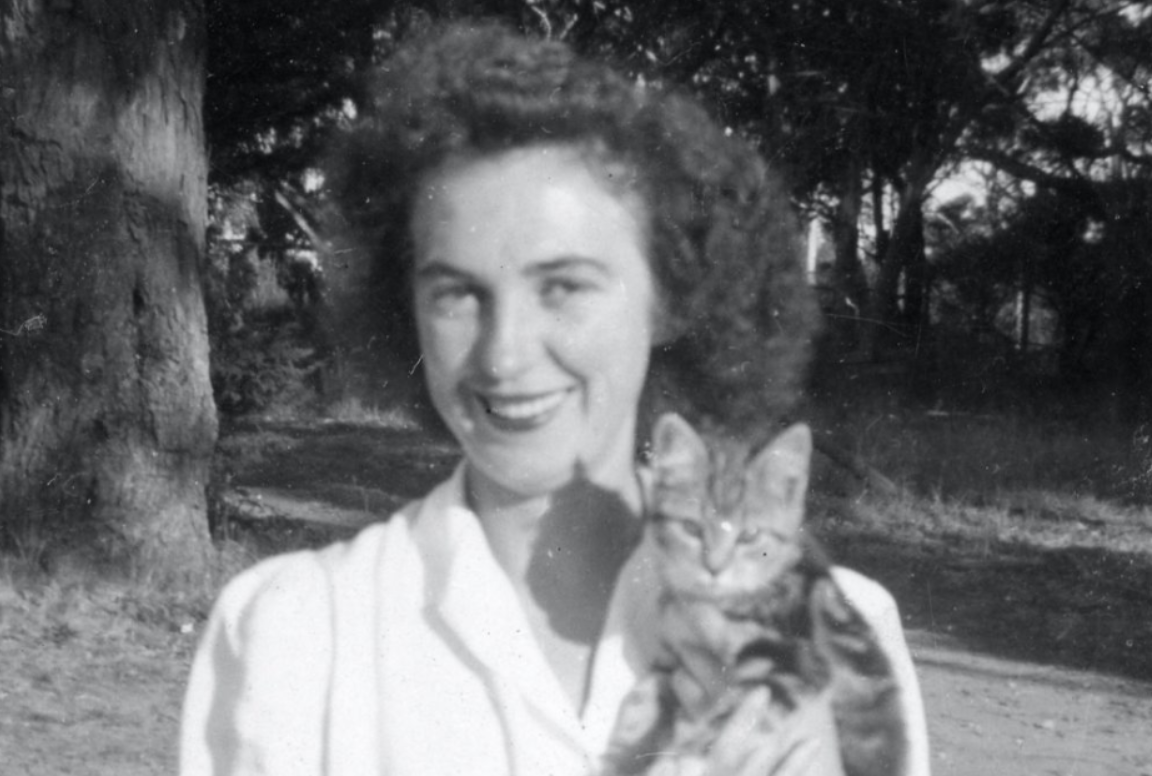 I might never see my mother’s mother again, and I don’t know what to do with that information. I’m in a plane suspended high above the Pacific Ocean, turning the thought around in my mind like a hard, unfamiliar object I’ve stumbled upon. It’s heavy and cold and I want to put it down, but it’s stuck to me like a magnet.

This extra piece of sad luggage insists on checking in with me and then lies on my chest for the rest of the flight.

What to do with it? I can’t spend the next six months unemployed, sitting at my grandmother’s bedside. So I board each flight hoping there’ll be a next time I see her. It’s the hardest thing about living overseas: when loved ones are slowly slipping away but you have to pick up your passport and leave them.

I’ve flown out many times in the years since I decided to build a new career in international development or humanitarian work. At first, I would leave behind the same Nanna I’d always known – talkative, generous, loving and infuriatingly stubborn.

In some ways, she was a product of her conservative Catholic, Depression-era upbringing. She and Grandpa read the Catholic Weekly dutifully and went to Mass every Sunday. Eighty years after the Depression, Nanna would still wrap restaurant leftovers in her handkerchief and stash them in her handbag when the waiters weren’t looking, rather than throw food away.

In other ways, she broke barriers at work and in her social life. She left school at 14 years (only boys completed their schooling) but studied hard and sat a public service exam, beating many male competitors to her first job in the Customs Department. She joined the Catholic Bushwalking Club, where she met Grandpa, and spent her youth hiking and sleeping in tents in the mountains around Sydney, something that would have horrified many other young women at the time.

You could hear her laugh above the noise at any party and she thrived on a busy social life – her china painting friends, her hiking friends, reunions with old colleagues. Many times I’m sure Grandpa would have preferred a quiet night at home. Most of the time, actually.

Now, it’s different. After a bad case of the shingles and some serious eye infections, she was left with a terrible pain in her left arm, degenerative vision loss, and a body that was suddenly worn out. She gradually became less mobile. First, no more hiking. Then she was shaky on stairs. Then walking along the flat street was impossible.

These days my grandmother’s world has shrunk to her bedroom with the holy water font nailed to the doorframe, the simple timber wardrobe and the bedside table with a black-and-white framed photograph of my great-grandmother. Even though her skin is now translucent, stretched over her bones, Nanna still complains about her empty social calendar. “How are you, Nanna?” I’ll ask. “Oh, it’s a bit boring,” she says, with her doting husband sitting right there. He never seems offended.

Meanwhile, my world has expanded like ripples on a pond, spreading outwards in wider and wider circles.

These days her mind is slowly fraying too – the cruellest part of this slow dying. She still loves visitors and sits, propped against frilly floral pillows, asking about our lives. We sit and talk while the fat orange cat, Cinderella, chases spiders in the dust behind the cupboard. Nanna will ask: Where are we living? Did we go to work that day? What’s happening in our lives?

But then she’ll ask Grandpa how many children they had and will be astounded to learn there were seven. She’ll be surprised to hear they’ve lived in that same red brick house for more than 50 years. “Reee-ally!” she will exclaim. And he’ll patiently assure her it’s true, as if he’s saying it’s hot outside, not reminding her of key details from their 60-year marriage.

On my visits home, simple questions become painfully loaded with significance. This latest time she asked me, hopefully, “So, any men on the scene, Ann-Marie?” I felt I was letting her down by saying there weren’t. I realised with a fresh twinge what that meant. If I get married, she won’t be around to see it. She won’t meet my children – her great-grandchildren. And every time she asks, “And when are you coming home, dear?” I feel guilty for having to say, “Three months, Nanna”, or even worse this time, “Six months, Nanna.” I have a series of short-term deployments meaning I’m home, briefly, more often than normal. But I watch as she counts on her fingers to work out which month that will be – March, April, May, June…and I feel awful. As if I’m saying she doesn’t matter enough to stay.

This last time Nanna looked at me and said she loved me very much. I don’t know why but it felt even more poignant. Like it was a final goodbye.

I wanted to say thanks for everything: all the cooked meals, the school pick-ups, the lovingly knitted embroidery and painted china ornaments, the joy at any invitation to share in our milestones and the hilarious stories told at family gatherings. I wanted to say I was lucky to have her as a grandmother and I would always love her and could she please look out for me from wherever she’s going. Instead, I just said I loved her, too.

As I left, I thought I heard her say she’ll miss me, but I wasn’t sure. I didn’t stay to find out because I was about to cry.

And now I’m writing about it in darkness on a plane, while people watch movies and sleep around me. Flying far away from Sydney and hoping I get one more chance to see her. One more ‘next time’.

I wrote this a few years ago, after saying another sad goodbye to my family in Sydney and flying out to Asia, where I was working at the time. My grandmother died some months later, in July 2016. Grandpa died 18 months after her. I couldn’t be with either of them in their final days, but I’m forever grateful that I could fly back for both their funerals.