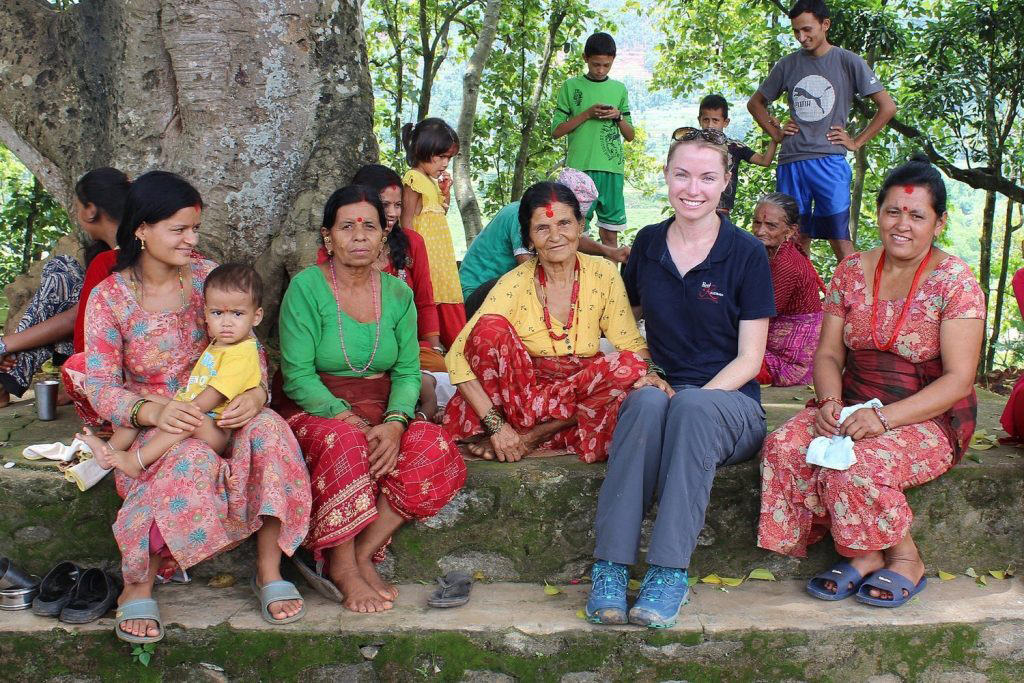 Is this life for you?

Risk a little crazy: Six valuable lessons I learned about pursuing your purpose in life

Ten years ago, almost to the day, I stood at Sydney Airport with my parents, about to get on a flight that I hoped would change my life forever. The contents of my apartment had been packed into Mum and Dad’s basement like a game of Tetris and I was on my way to Beirut for two weeks, then Jerusalem, where I planned to base myself indefinitely to try to find a job as a humanitarian or development worker. Against my parents’ advice, I’d quit my job as a political advisor to a federal government minister and was moving across the world to a city I’d never lived in, where I didn’t know anyone, without a job. This, according to numerous aid workers I’d spoken to, was the best way to get my foot in the door. So, I rolled the dice.

“Remember, if it doesn’t work out, you can always come home,” Dad assured me in the car on the way to the airport. What I said was: “Thanks, Dad, I know.” What I thought was: “No way in hell am I giving up and flying home – I’m going to do this.”

And I did. Ten years later, I’ve worked for nonprofits and the United Nations in countries affected by natural disaster and other humanitarian crises and at UN headquarters, in New York. I’ve had the privilege of meeting astoundingly resilient, generous and inspiring people, as they faced disaster, extreme poverty or attacks on their dignity and human rights. I did my best to find different platforms for them to tell their stories about what had happened to them and what help they needed. I found my tribe and forged precious, lifelong friendships.

I’ve had moments of intense serenity like standing on the rooftop of the Austrian Hospice in the Old City of Jerusalem at night, looking out over the white walls and red tiled roofs covering the ancient stone slabs below, polished to a shine by thousands of years of feet passing over them.

And I’ve had moments of despair like being bedridden with a stomach bug in a basic hotel in remote western Myanmar two days after Christmas, looking at the green tiles and green paint, with no hot water and a towel shoved under the door to stop cockroaches from crawling underneath, while friends in Sydney posted their beaches and barbecues on social media and friends in Europe showed their sparkling Christmas trees and roast dinners.

As the world reflects on the year gone and the one ahead, I’ve also been pausing to think about my life over these past ten years. I now know beyond a shadow of a doubt that getting on that plane and moving to Jerusalem was the right thing to do and I’m so grateful to myself for taking that first step.

And I’ve figured out a lot about following that tug in your gut that’s pulling you to pursue your purpose in life. Here are the six biggest lessons I’ve learned over the past decade about building a more fulfilling career:

1.    Don’t settle: the ‘gravitational pull of the ordinary’ is strong

For years I’ve had a quote above my desk at work: “You have to risk a little crazy in order to escape the gravitational pull of the ordinary.”

This ‘gravitational pull’ is so strong, Newton really should have looked into it. For most people, there is something safe and reassuring about ‘settling down’, working to pay the bills and save for holidays, getting a mortgage and living the rest of their lives in the city where they were born and raised. They’ll live honest, loving and full lives and collect photos of treasured moments on their phones.

And that’s fine. Not everyone can – or should – move overseas and work as humanitarians for the rest of their lives. (It’s also important to acknowledge that it’s a privilege to be able to even consider the possibility of working as a humanitarian. Many people have overwhelming financial burdens, sick children, disabilities or other challenges that mean they will never be in a position to do anything like this, even if it’s their dream.)

But there are too many people who think about finding a job with more purpose and never do. Because they’re scared to ‘risk a little crazy’. Or just never get around to it. Or they simply don’t know how. I know this personally because numerous friends or former colleagues over the years have contacted me saying they wished they had. And that is a tragedy – for them and for the world.

This point about not settling is for them. For those who could have. Who should have. Who would have made a difference if they’d tried…except they didn’t.

What a loss of talent and passion when both are so desperately needed as the world faces ever more complex and urgent challenges.

And for them, what a burden to carry into old age – the whisper of that question, ‘What if?’ After the rush of youth and the harried years of middle age, when the swirling currents of the to-do lists and promotions and obligations subside into a calmer stretch of river and you have time to float and catch your breath and look around at your life, that whispered question might have become a shout: “What would have happened? You could have. You should have. But you didn’t.”

Don’t settle. Risk a ‘little crazy’. You never know where it might lead.

Sometimes, everything I’ve done over the last decade seems like a dream – like it’s not really my life. But then I realise all over again it’s my memories, my face looking back at me in the photos, my satisfaction knowing I stepped out of my comfort zone and into a life that’s different, more rewarding, more deliberate.

Make your life choices. I mean, actually make them, choose them, direct where you’re going; look up and a long way down the road. Don’t cruise along, looking barely beyond the dashboard and surfing for songs on the radio.

Life is short but anything is possible – you just have to decide to try. Then buckle up and be prepared to keep your foot on the pedal.

“There are too many people who think about finding a job with more purpose and never do. And that is a tragedy – for them and for the world.”

People work as humanitarians as single people in their 20s; as mid-career professionals in their 30s; or while raising children in their 40s or 50s. There are pros and cons of all of these, so don’t agonise about whether it’s the ‘right’ time for you. If it’s what you really want, just find a way.

Don’t wait until you’re perfectly ‘ready’. There will always be an excuse not to make a decision – one more promotion, a bit more money to earn, the inconvenience of changing jobs. It’s kind of like what they say about getting married – you’ll never really be ‘ready’. You just have to be pretty sure it’s the right choice, say yes and figure the rest out.

There will be people you’ve left behind and you will always feel guilty about that. Parents who look slightly older every time you fly home to visit, who hint using various degrees of subtlety that they’d love you to move back.

Friends who are dealing with life – work, strained marriages, financial pressures – and you can’t be there for them in person.

The grandparents whose voices you hear for the last time over the phone.

It’s painful, uncomfortable and always there. Your mind is always in multiple time zones. You’re always aware that you have a home out there, far away. All you can do is visit as often as you can and stay in touch with phone calls, WhatsApp, email and social media.

5.    You will second-guess your decision

Just because it’s the right decision doesn’t mean your resolve won’t waver and there won’t be days when you question what you’ve done.

When you go home and the people you grew up with, or used to work with, have houses with driveways and gardens and years of shared experiences that you’ve missed, and your Mum’s voice shakes at the airport as she holds you tight and says goodbye for another year, you’ll wonder what it would have been like to stay.

This doesn’t mean it was the wrong choice; it means it’s not always an easy choice.

I’ve lost count of the number of people working in this industry who said it was just something they felt they had to do, myself included. Your gut is an incredible, inexplicable, invisible piece of machinery that will never show up on any medical scan but is as crucial as your heart, lungs or brain. It speaks to you. You just have to listen.