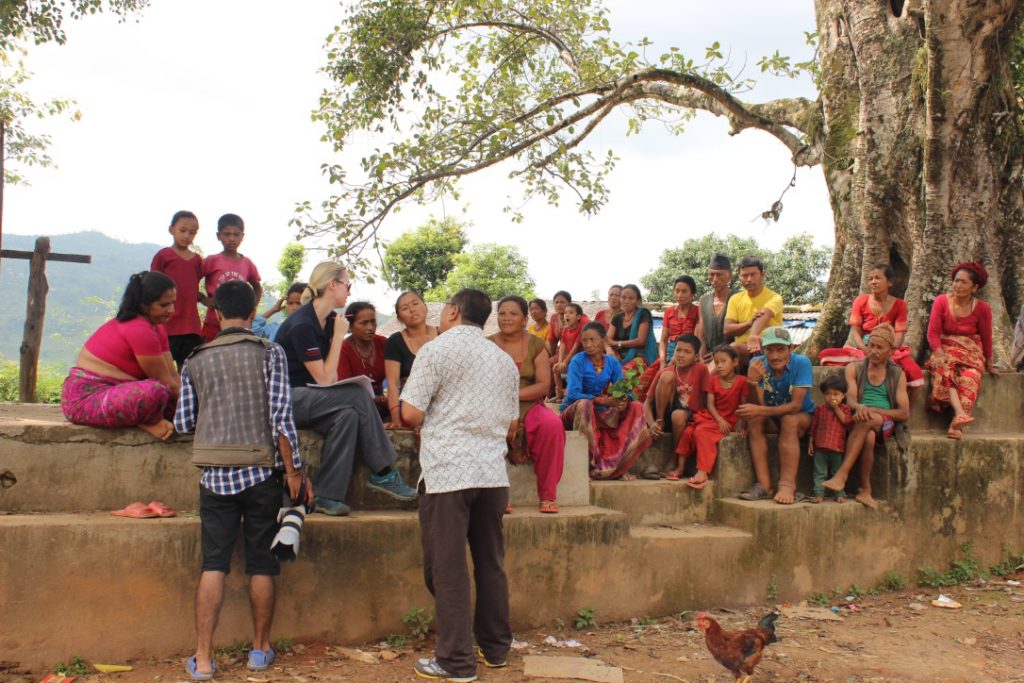 How do you start?

8 ways to get your dream United Nations job: It’s within your reach

From the outside, it can seem impossible to get a job working for the United Nations. You read about it, dream about it, and avidly follow the social media accounts of people already living that life. But you keep coming up against roadblocks and there’s no map telling you how to find your way inside. Don’t give up! Here are eight tried and tested ways to find your dream UN job.

1. Work for an NGO in a developing country

This will push you beyond your comfort zone and give you more credibility as a potential UN employee. Every UN job application I’ve ever filled in has asked if I have experience working ‘in the field’. But more importantly, you’ll meet and work with people actually affected by natural disasters, poverty, human rights abuses and more. You’ll learn from them directly: What do they need to improve their daily lives? What do they think is the solution to their situation? What do they hope for, for themselves and their children? When I was researching my own career change into aid or development work, plenty of people advised me to move overseas and start by working for an NGO. It’s why I packed up and moved to Jerusalem (where I actually found work with UNRWA, the United Nations Relief and Works Agency for Palestine Refugees.)

The UN loves to hire people who’ve cut their teeth working for NGOs in their own countries. NGOs are often not as well-resourced as the UN and their staff are not as well paid. So if someone’s worked for an NGO, there’s a good chance they’re a hard worker, have held a role with a relatively high level of responsibility, and they’re in it for the love, not the money. They’ll also have worked on similar issues such as poverty reduction, crisis response, human rights, water and sanitation or sustainable development. And these organizations are built around similar categories of staff to the UN – specialists in programme delivery, communications, advocacy, fundraising, reporting, partnerships and more. I know people who’ve moved from NGOs in the UK or Australia, to work for the UN in New York or in countries like Bangladesh. You could start with some of the globally-recognised NGOs such as:

Junior Professional Officers generally come from countries that donate to the UN (rather than developing countries where the UN is working.) Not every donor country participates in the JPO programme, so if you’re interested, check the list here. The roles are half funded by the UN, half by your own country. The age limit can vary by country, but applicants generally have to be under the age of 32 when they apply. Don’t let the word ‘junior’ deceive you – JPOs often end up in great roles, and use these positions to launch successful UN careers. A French friend of mine just spent his two years as a JPO working for the United Nations Development Programme in New York, helping to coordinate emergency responses in countries hit by crises including natural disasters or conflict.

4. Work as a consultant

This can also be a great way to get your foot in the door with the UN, but go in with your eyes open because these working conditions can bring some challenges. The UN frequently advertises consultancies for short-term projects such as evaluating how well a program worked, producing a report, or giving expert advice on a specific topic, such as managing migration. As the central UN website states, a consultant should be a ‘recognised authority’ or ‘specialist’ in a field, engaged in an ‘advisory’ or ‘consultative’ capacity. However, as it also states, the assignment ‘may involve full-time or part-time functions similar to those of staff members.’ This is where the lines can get a bit blurred. Consultants can find themselves working for up to four years in roles that are the same as those held by people on more permanent contracts. But as a consultant, you won’t get any of the same benefits (no health insurance; paid annual holiday leave; language training; rental subsidy; relocation assistance, and more.)

5. Join an emergency roster, to respond to crises at short notice

It can be tough to fly out to another country with only a day or two’s notice, to help respond to an emergency. Not everyone can leave their lives behind so suddenly. But the UN needs to send teams of experts immediately, when there’s an urgent humanitarian need. This is why most UN agencies keep a ‘roster’, of people who are available to be sent on short notice to high-profile emergencies. They can then quickly identify people with the right expertise, whether it’s in logistics, public health, human rights, communications, advocacy and more. As with point 2 above, nothing can make you a more effective, compassionate and informed UN employee than being on the front line in these emergencies. To join an emergency roster, you’ll need to look at the websites of individual agencies such as:

6. Register as a UN Volunteer

The UN has a large, well-managed system of recruiting and mobilizing volunteers to help with emergency responses, peacekeeping and longer-term development work. I know people who started as UN Volunteers and continued on to long and successful UN careers. You can either become a UNV to work in your own country (if you’re from a developing nation), be sent overseas, or volunteer online. There are minimum requirements, but there’s no upper age limit and these opportunities are hugely valuable for younger and older candidates. You will need to register in the UNV Global Talent Pool and if you meet the requirements, you’ll be emailed suitable assignments to consider. There’s around 2,000 UNV roles per year so you have a good chance of finding a great opportunity. I registered for UNV when I was making my own career change and – while I found a different path – I was emailed lots of really interesting volunteer roles. UNVs receive a living allowance to cover their basic needs, medical insurance and other support.

7. Work for your foreign service

I don’t know as many people who’ve stepped into a role with the UN this way, but it’s not uncommon. If you’ve worked for your government’s foreign service, for example USAID in the US or DFID in the UK, you should understand diplomacy, international relations, multilateral organizations and other areas – all of which are useful in UN roles. You also may have had more direct exposure to the UN, for example, you may have worked on joint launches, roundtables or other events with UN agencies; or you may oversee joint funding programmes between your government and the UN. If you’re working with your foreign service in a developing country, expat networks are very small; you’ll mix professionally and socially with people working for UN agencies, and you may hear about other interesting job opportunities that way.

This can be the hardest route of all. My advice: don’t rely on this option, particularly if you don’t yet have any directly relevant experience (including one of the other options above).  You may be an amazing candidate, but so are many of the hundreds, or even thousands, of other applicants from around the world, all competing for the same single job. Many of them will have UN or NGO experience, or speak more languages than you. I can’t stress enough how small the odds are of getting a UN job this way. I applied for job after job while I was still living in Sydney – even jobs based in some pretty tough locations, which probably had fewer applications – but I never heard back on a single one. Still, it’s great research to see what’s out there, on sites such as UNOCHA, WFP or FAO, and at the very least you’ll get practice applying for UN jobs (which is very different to any other type of job application!)

The bottom line is, there’s no single path into a job with the United Nations. There are many winding roads leading there; you’ve got to have the right skills and a huge pile of determination. You must be prepared to invest time and money and disrupt your life before you’ll find what you’re looking for. But I’m living proof that it’s entirely doable, even if you’ve had another career first.