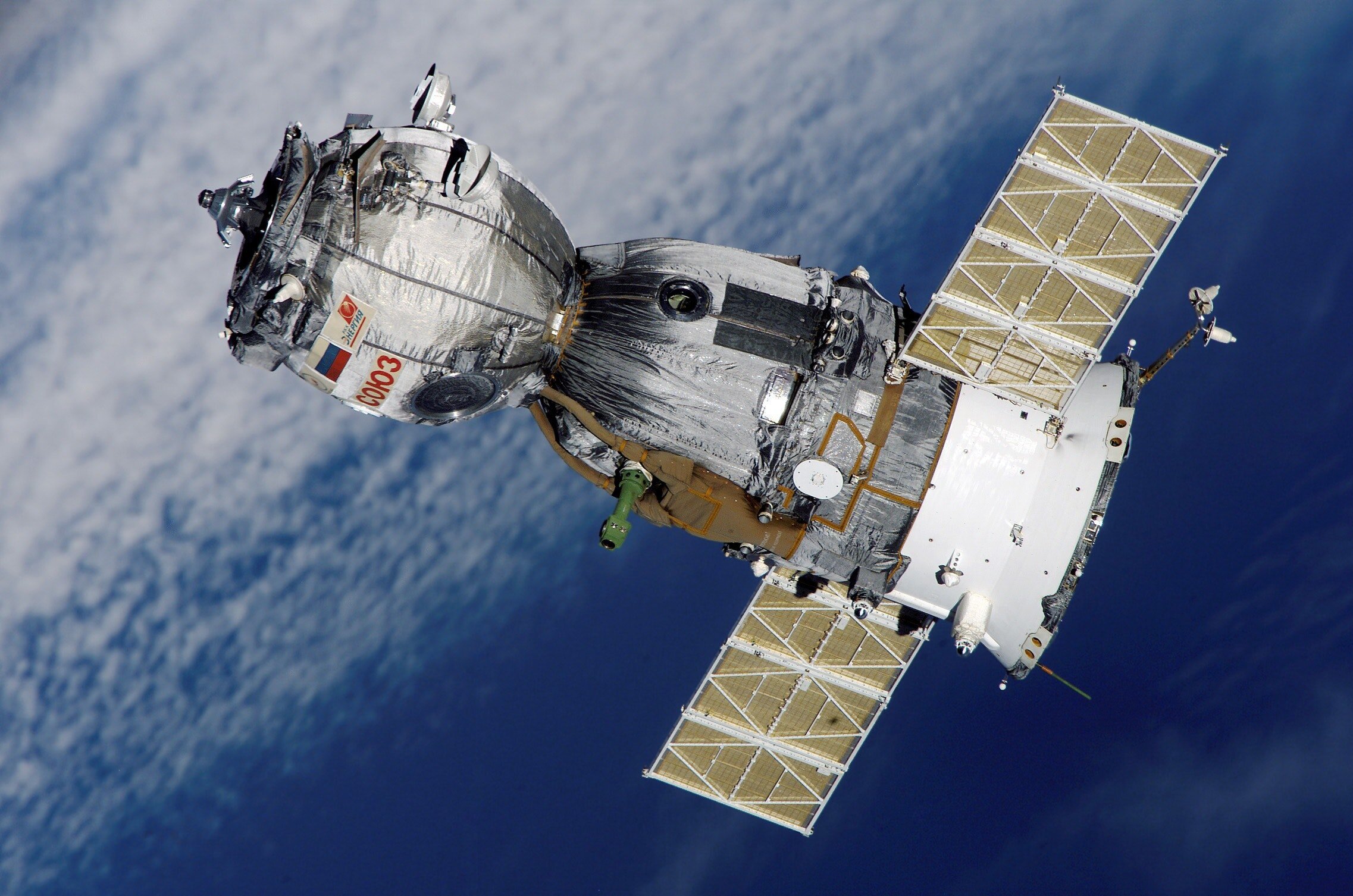 Burning up on re-entry: The jolting reality of returning to your own world

“Many satellites do not remain in their orbits indefinitely, but gradually return to Earth.”

It was like I’d touched an electric fence. Standing on the small, packed dance floor at The Oaks pub in North Sydney, surrounded by a drunk, raucous crowd, I was in shock. After eight months working in Pakistan with Doctors Without Borders, including spending time in some devastatingly poor communities, I was back in Sydney. And I wasn’t coping.

I felt removed from the city I’d grown up in and the people in it. The casual privilege with its white-tiled mega shopping centres, leafy streets with houses that swallowed multiple cars into their garages each night, and bars packed with young people buying $20 cocktails and flicking blow dried hair with manicured hands; its numbed commuters staring, face down, at their smart phones; its obsession with real estate and careless disinterest in world news. I was unenthusiastically looking for a local job, but was determined to return overseas as quickly as possible, back to a role with the UN or an NGO, in a developing country.

This particular night, I was catching up with my friend, Katrina. In the pub, people were singing off-key, grabbing each other in bear hugs and raising their arms in the air to the music. I’d been in places like this countless times before. But now the crowd seemed entitled, even aggressive. Like they knew they were invincible. Audacious in the knowledge they could buy anything they wanted, go anywhere they wanted, be anyone they wanted.

Only months before, I’d seen children with festering ulcers on their skin, caused by a tropical disease called leishmaniasis, which is spread by sand fly bites. With medical treatment, it can be cured. Without treatment, it can spread and cause permanent scarring and deformity. For women living in poverty, it can lead to a life of social stigma and rejection by potential husbands. All because of a treatable parasite.

In Lahore, I’d met a boy aged around 11 or 12 years bringing freshly squeezed juices to people waiting in their cars outside a juice store next to a busy road. He said he worked there until midnight every night, trying to earn money so he could pay for his own education. He was desperate to be in school. These Sydney revelers seemed desperate to be the most obnoxious.

I couldn’t reconcile the world I’d left behind and the one I’d stepped back into.

I could feel my eyes opening wide under raised eyebrows. Katrina cut into my consciousness. “Ann-Marie, your face!” she said. I realised I was staring disapprovingly and shoved my feelings down into my stomach where no one could see them. For the rest of the night, I pretended I was one of them. I pretended I belonged.

But, just like a satellite tumbling through the atmosphere on its way back to earth, I had left my orbit and was burning up on re-entry.

“As a satellite loses altitude it enters denser regions of the atmosphere, where compression and friction generate a great deal of heat.”

Eighteen months later, in February 2016, I’d completed back-to-back UN missions in Nepal and Myanmar and flown into New York to begin a communications and advocacy role with the United Nations Development Programme. This time, I initially thought I’d adjusted well, diving into my job and renting a room in the trendy West Village.

One night, I walked to a nearby cinema to watch the Tina Fey movie, Whiskey, Tango, Foxtrot, about foreign correspondent Kim Barker’s work in Afghanistan. It unexpectedly jolted me back to Pakistan. The airports awash with people and a hundred pairs of eyes following you. Living in close quarters with other expats. The friendships that develop suddenly in the intensity of the environment, like a Polaroid you shake before the picture emerges before your eyes.

After the film, I went to the bathroom in the basement of the cinema complex. I washed my hands and tugged at the paper towel. It wouldn’t release. I yanked harder. Finally, a sensor detected the movement and dutifully spat out a rectangle of paper with an efficient ‘whirr’.

An automated paper towel dispenser. Who knew. I’d become used to carrying my own tissues for toilet breaks, holding my breath against the putrid smells of hole-in-the-floor bathrooms and feeling lucky to find a leaky hose nearby to wash my hands.

That moment of confusion in the New York bathroom, and the way the movie had dragged my mind back to Pakistan like a receding tide, tripped me up. I realised I was still acclimatising.

I walked out into the cold air. The city was pushing against me; I could feel it. It was almost turning my stomach, it was so clean and convenient and beautiful. I was overwhelmed.

I felt like I was walking through a movie set, past townhouse steps bordered by trees dripping with fairy lights. Yet, despite the safety of those streets, there was a lingering tension in my body from past experiences – the daily security briefings in the office about the latest bombings or ambushes, the tight restrictions on where I could go and how I could travel within a country, and the hyper-awareness of people staring at me, wherever I went. At that moment, the contrast was overwhelming.

I was glad no one was there to see me wipe away tears as I walked.

When satellites lose enough speed…they impact the ground at relatively low speeds, but still represent a hazard to people and property on the ground.

This type of dislocation is a common experience for people who work in difficult environments where they’re confronted by poverty or conflict, then return to daily lives surrounded by opportunity, stability and money. Even a relatively short trip can have a profound impact, like a reverse culture shock. You find yourself noticing aspects of your life that never stood out before, like the mindless way people spend money. You become critical of other people’s behaviour and judge them for seeming to shut out what’s happening in other parts of the world, or making no effort to inform themselves. You want to shame the people losing their shit over utterly trivial things, like what someone said, or how someone was driving their car, or having to wait for a few minutes in a line.

One former colleague spent a few weeks working in Haiti as part of the emergency response to Hurricane Matthew, writing stories about how the disaster had affected vulnerable people. When she came back to New York, she didn’t feel like talking to anyone and had to force herself to catch up with friends. “The experience was so intense,” she said. “Not just the work itself, which was relentless, but also the close relationships you build instantly with people, and then you leave.”

It’s true: some of my dearest friends to this day are people I worked with for six months or less, but the shared experiences of witnessing how extreme poverty and human rights abuses affect people’s lives; navigating cross-cultural differences and being away from friends and family can instantly forge deep and lasting bonds.

I met my good friend Sharon in Jerusalem, eight years ago. I was still finding my feet in a strange environment far from home and she was a fearless NGO worker who spent every day doing all she could to raise awareness of injustice and hypocrisy – from work colleagues, down to her couch surfing guests. We’ve only seen each other a couple of times in the years since, but we’ve stayed in touch; in fact, we’ll be speaking on Skype again in the coming weeks.

With Sharon in Jerusalem, walking through the ancient Silwan pool, which protected Jerusalem’s water supply from the Assyrians.

In another example of the dislocation of returning home, a friend visited Syrian refugee camps in Lebanon while she was working for an NGO in Australia. After returning home, she couldn’t face going to a restaurant, because she couldn’t justify the expense compared to the desperate humanitarian need she’d just witnessed.

Most people readjust, after a period of time. A few can’t; they’re the ones who spend years, or even decades, moving from country to country, working on crisis after crisis. And I can’t even imagine what someone like a Syrian refugee goes through, trying to adjust to a new life in, say, Germany, after years of trauma in a place like Aleppo.

At some point, most aid and development workers will experience the discomfort of moving between worlds, spending time with people living in poverty, or conflict, then feeling guilty as they continue their lives elsewhere. And with a painful sense of the outrageous unfairness for those people left behind, who have nowhere else to go and no option to leave.

It’s uncomfortable, every time. But, at the very least, just as unwanted pieces of a satellite detach and melt away in the atmosphere, the re-entry peels away any residual complacency, leaving you with a clearer perspective and a determination to keep doing your tiny part to help make the world more free and fair for everyone.