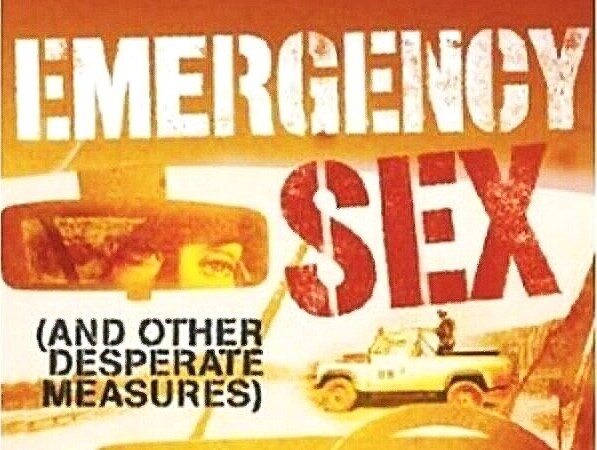 How do you start?

Between the covers: The best books by aid workers

If you’re curious about life as an aid or development worker, you could start by reading a book written by one. I’m always surprised there aren’t more of these books out there, given the extraordinary lives these people lead, and the inspiring, resilient people they meet who live in some of the most hellish places on earth. It’s also worth noting that all of the books I’ve seen are written by white people from developed countries. That aside, they’re incredible personal stories with thoughtful observations about the realities of aid and development work. Here are five of the best books to get your hands on.

Emergency Sex (And Other Desperate Measures)

Despite being published 15 years ago, this memoir is still a staple for humanitarian and development workers (it’s one of the first books relating to the industry that I ever read). It was written by three young people involved with UN peacekeeping in the 1990s, first in Cambodia, then in Somalia, Haiti, Bosnia, Rwanda and Liberia. The lives of Heidi, a New York social worker, Andrew, a doctor, and Harvard Law graduate Ken intersect at various points in this no-holds-barred, deeply personal book. It’s a searingly honest assessment of the flaws of peacekeeping system and international humanitarian responses. It will pull any rose-coloured glasses off your nose and leave you with a much more clear-eyed understanding of the realities of this type of work.

Chasing Chaos: My Decade In and Out of Humanitarian Aid

You can experience a lot in ten years. And when you’re an aid worker for much of that time, you just might see and learn enough to write a book, as Jessica Alexander did with Chasing Chaos. Her story begins as an idealistic intern arriving in Rwanda after the 1994 genocide and takes her through Sudan, Sierra Leone and Haiti. Over that time, she’s confronted by the complexities and challenges of humanitarian work and comes to have a more nuanced understanding of international aid. As with other books on this list, she also shares insider stories of expat life in a transient community, including the short-lived romances and heavy job demands.

I included this book because you’ll read the stories of people actually affected by a humanitarian crisis, rather than just the aid workers. It’s written by former Human Rights Watch researcher, Ben Rawlence, about his years working in the Dadaab refugee camp in northern Kenya – one of the largest refugee camps in the world, and home at the time to a stunning half a million people who had fled war, drought and famine in neighbouring Somalia. Interwoven with his own story, he tells the stories of nine people trying to survive in the camp, including a former child solder, a youth leader and a student. Around 200,000 people still live in this camp today. The New York Times said the book was a “reminder that a vast majority of the world’s refugees never get as far as a boat or a border of the developed world.”

Zen Under Fire: How I Found Peace in the Midst of War

Forget your worst first-day-at-work story: Marianne Elliott’s story will be infinitely more horrifying. The New Zealand human rights lawyer worked with the UN peacekeeping mission in Afghanistan in 2005. On her first day, hours after she is left in charge of the office, a tribal leader is assassinated, with immediate political and human rights implications. Like so many aid workers before her, Marianne searches for ways to find small patches of peace in an intense and stressful environment, including through yoga (hence the ‘zen’ in the title) and friendships with Afghani women. You can follow her on Twitter and Instagram @zenpeacekeeper

Band-Aid for a Broken Leg: Being a Doctor with No Borders (and Other Ways to Stay Single)

The international NGO Médecins Sans Frontières (Doctors Without Borders), is admired world-wide for its determination to go where other organisations won’t. This account by MSF doctor Damien Brown gives you a sense of what that means in practice, and the lengths MSF will go to in order to deliver healthcare to the most isolated, vulnerable communities. In Angola, Mozambique and South Sudan, Damien struggles to help patients who are malnourished, have been attacked by a leopard or been injured by a landmine, or who have medical conditions he’s never seen before.

Tsunami and the Single Girl: One Woman’s Journey to Become an Aid Worker

A friend told me about this book during one of our many conversations about the challenges of dating as a humanitarian, and it was worth the read. Australian Krissy Nicholson does focus quite heavily on her search for love while she worked on various crises around the world, and the expatriate lifestyle, so if you’re looking for a more serious probe into the ethics and efficiencies of aid work, this isn’t for you. But, as she describes herself, this is a ‘romantic comedy with a social conscience’, designed to help people understand a bit more about poverty and other complex issues, through her story.

Chasing Misery: An Anthology of Essays by Women in Humanitarian Responses

If you want to read about the lives of many different aid and development workers, rather than just one person’s story, this book is for you. It’s an anthology of essays from 21 women who’ve worked on global humanitarian responses, in areas including human rights, security sector reform, migration, midwifery, economic development and gender-based violence in emergencies. They reflect with humour, honesty and compassion on their experiences in countries from Rwanda to the Philippines, Nepal to South Sudan and Mali to Afghanistan.